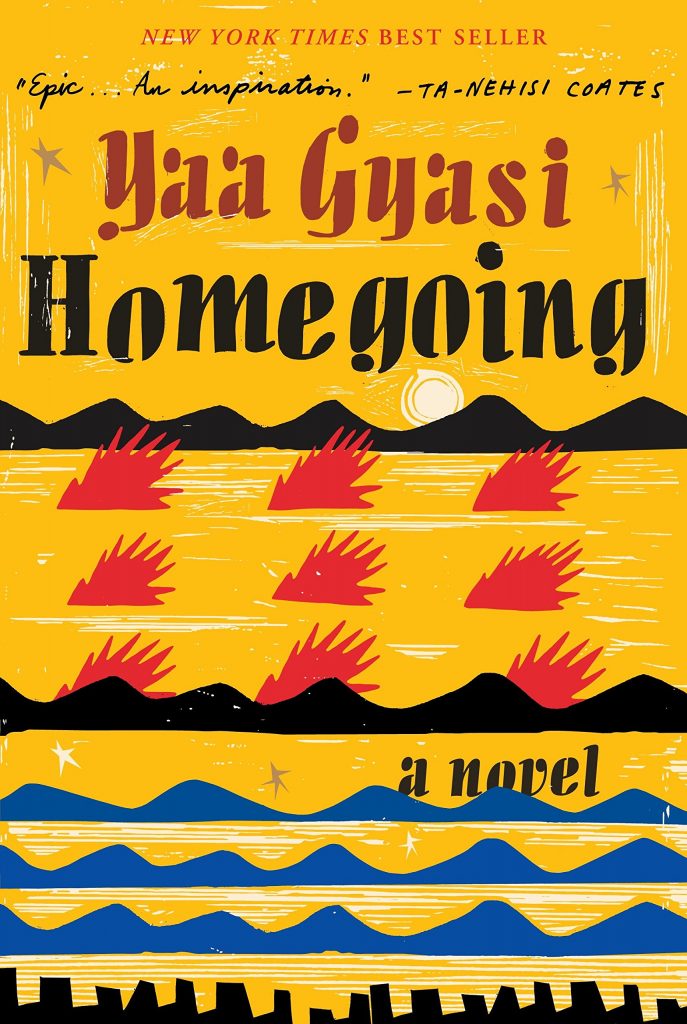 This powerful tale of the legacy of American slavery follows two half-sisters, born in different villages in Ghana and set on diverging paths: one grows up to lead a comfortable life while the other is captured and sold into slavery.  From there, Yaa Gyasi traces the paths of these women and their descendants, through the darkest parts of chattel slavery in the American South to the Civil War to Harlem in the 20th century.  This novel examines the history of the people who were taken from their home, and the ones who were not, offering insight into how the dark industry of slavery left its mark in America and abroad.

2. The Bitter Side of Sweet by Tara Sullivan

This novel follows the lives of three children, Amadou, his younger brother Seydou, and their friend Khadija.  All tricked into forced labor on a cacao plantation on the Ivory Coast, these children will fight for their freedom, facing devastating setbacks and cruelty at the hands of their bosses.  Tara Sullivan’s story was inspired by real-life events happening in the 21st century, drawing attention to a horrifying example of modern-day slavery.

3. The Other Americans by Laila Lalami

Laila Lalami, author of The Moor’s Account, crafts a story of family, mystery, murder, and love.  When a Moroccan immigrant is hit by a car and killed on a California road, the repercussions of his death echo out to touch the lives of his family, as well as some perfect strangers.  The interconnected stories of these characters slowly reveal what happened, bringing together people whose divisions of race, class, and religion, in normal circumstances, would have kept them apart.  This is ultimately a tale of love, and the many forms it can take.

This is a story of family scattered by war.  It begins when Salma reads in her daughter Alia’s tea leaves a future of unrest.  When the Six-Day War of 1967 hits, Salma’s family is uprooted, and sent in many different directions.  Alia and her husband move to Kuwait City, where they settle with their children until Saddam Hussein invades in 1990.  Once again, the family is scattered, from Beirut to Paris to Boston.  This novel explores what it means when you can’t return home, and how to move forward in the wake of that hearbreaking reality.

This novel is an updated, modern re-telling of Jane Austin’s Pride and Prejudice, which follows Alys Binat and her four sisters.  There is scandal, sisterhood, love, and family.  This novel explores in the 21st century how women carve spaces for themselves and dream big, even when they might be discouraged from doing so.

6. The Nickel Boys: A Novel by Colson Whitehead

In this new story from the author of The Underground Railroad, Elwood Curtis, a young black man in segregated Tallahassee, is subjected to the harsh injustice of Jim Crow and sent away to a “reformatory” school called the Nickel Academy, which promises to mold its students into morally upstanding people.  The reality is much more grotesque.  The boys at the Nickel Academy are beaten, sexually abused, and starved.  There, Elwood, ever an optimist, meets Turner, who believes the worst of the world and the people in it.  The tension between the two boys’ ideals operates in the foreground of Jim Crow and racist ideology, and neither boy will remain unchanged.  Whitehead based this story on a real reform school in Florida in which students were abused and neglected, that was allowed to run for 111 years.

1. Educated: A Memior by Tara Westover

In this memior, Tara Westover traces her life story from adolescence in the mountains of Idaho to her pursuit of a higher education at Cambridge University after growing up without schooling.  Hers is a story of family, faith, and how she learned to define home.

2. Inconspicuous Consumption: The Environmental Impact You Don’t Know You Have by Tatiana Schlossberg

This former New York Times science writer takes a deeper look at how our modern, convenience-driven world negatively impacts the environment.  Schlossberg breaks down for readers how they can take simple, small steps to reduce their carbon footprint, and importantly, how the power of the voter and the consumer can move the needle towards broader environmental protections.  Together, she argues, we can fight climate change.

3. White Fragility: Why It’s So Hard For White People To Talk About Racism by Robin DiAngelo

In this book, Robin DiAngelo explores what white fragility is, how it develops, and how to have more constructive cross-racial conversations.  White fragility, DiAngelo argues, is a defensive mechanism often characterized by anger, fear, and guilt when white people are challenged on the racial hierarchy that has perpetuated racial inequities for hundreds of years.  DiAngelo offers insightful strategies on how to engage more effectively in this thoughtful, necessary read.

4. Just Mercy: A Story of Justice and Redemption by Bryan Stevenson

Bryan Stevenson was a young lawyer when a difficult case landed in his lap: Walter McMillian, sentenced to death row for a murder he said he didn’t commit.  This book explores Stevenson’s experience with this case and his eventual founding of the Equal Justice Initiative, which takes on the cases of the poor, wrongly charged, and the women and children stuck in the criminal justice system.   Just Mercy tells the story of some of Stevenson’s defendees, and reminds us of the importance of compassion and mercy.

5. Well: What We Need to Talk About When We Talk About Health by Sandro Galea

Physician Sandro Galea peels back the layers of the American health care system, pointing out the simple yet upsetting fact that, in America, we often forget about health when we talk about healthcare.  By fixating on medicine, Americans neglect all the other aspects of life that impact our health: the environment, stress levels, access to healthy foods, and more.  Ultimately, Galea reveals for the reader some sad truths about who does and does not get to be healthy in this country.

6. Ask Me About My Uterus: A Quest To Make Doctors Believe In Women’s Pain by Abby Norman

In this book, Abby Norman recounts her traumatizing path to discovering her endometriosis.  After years of dismissals and disbelief about her pain, she took it upon herself to learn all she could about the female body, ultimately figuring out what was going on with her’s in the process.  This book asks why women’s pain is pushed aside, situating this question in a larger sociocultural and political context where women’s bodies have been policed and battled over for hundreds of years.

7. The Radim Girls: The Dark Story of America’s Shining Women by Kate Moore

The Radim Girls illuminates the story of the women who worked in radium factories in the 20th century, creating popular beauty products that swept across America.  These girls, covered in glittering radium, were dubbed the “shining girls,” and were envied across the nation-until they fell ill.  This is a tale of a group of women who came together to fight corruption and advocate for workers’ rights, and whose efforts led to labor regulations that saved thousands of lives.

1. The Name Jar by Yangsook Choi

This sweet children’s book follows Unhei, who has just moved to America from Korea, and is nervous about having a hard-to-pronounce name at her new school.  As she tests out American names, she soon learns that her own name holds special meaning, and instead of changing it, she teaches her new classmates how to pronounce it.  This is a story about being proud of who you are and where you come from, and the importance of inclusion.

2. I Am Human: A Book of Empathy by Susan Verde (author) and Peter H. Reynolds (Illustrator)

This follow up to I Am Yoga and I Am Peace offers children an insight into all the beautiful and messy parts of being human.  It’s a story that teaches empathy, compassion, and acceptance.

3. Say Something by Peter H. Reynolds

This book encourages children to speak up and speak out.  Peter H. Reynolds offers a timely lesson on sharing your great ideas, standing up to injustice, and advocating for the things that are most important to you.  By saying something, he argues, children can help make the world a little bit better.

This picture book teaches children about the United Nation’s 17 Global Goals to make the world better, from sustainable development to ending poverty and fighting injustice.  These poems empower children to make a difference, preparing them to take action as they grow older and take on these issues themselves.

5. IntersectionAllies: We Make Room For All by Chelsea Johnson, LaToya Council, and Carolyn Choi

Written by three women of color sociologists, this book introduces readers to the many identities one person can hold, including race, ethnicity, gender identity, and sexual orientation.  This is a wonderful introduction to intersectional feminism, following nine characters who are proud of who they are.  In a divisive time, this story reminds us of the importance of equality, inclusion, and respect.

This timely children’s story imagines what we might do if we could see CO2 in the atmosphere.  Wilbur, our main character, learns all about carbon, climate change, and what he can do to make a difference to fight a warming planet.