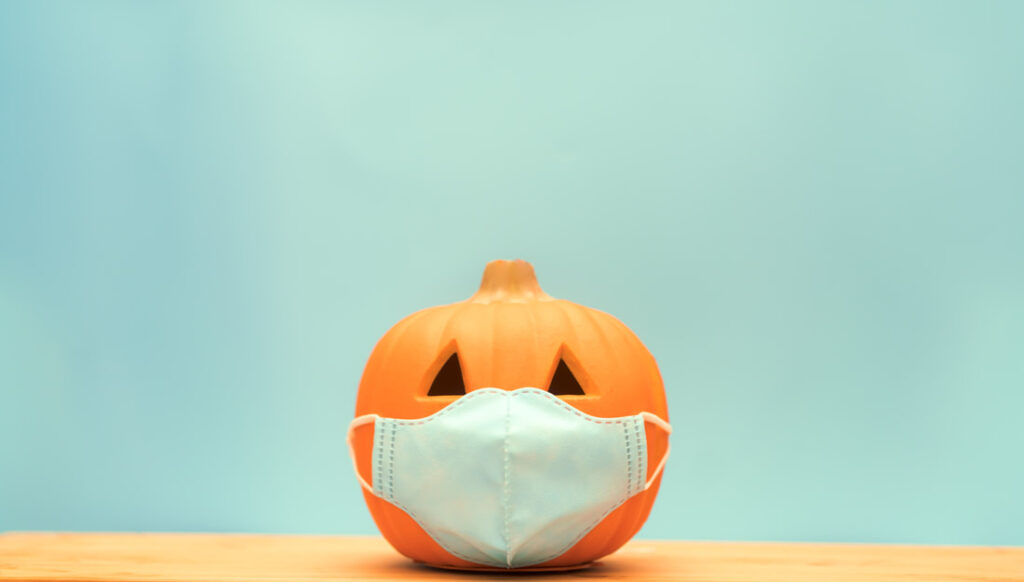 When I first began pitching and drafting this thinkpiece to my colleagues, all that kept popping into my mind were the public clown scares of 2016 — a big enough social phenomenon that it earned itself a Wikipedia page. And while the smattering of creepy clown sightings was quickly proven to be a series of hoaxes, I think this recent cultural and historical example helps highlight the deep-seated fears and anxieties society tends to associate with clowns, right down to the trope of creepy, child-stealing, murdering caricatures that stalk the shadows. I loved the metaphor of intersecting public health equity with Halloween though, and so to readers — this October, please suspend your disbelief as we enter a conversation that will send chills down your spine.

2016 wasn’t just the year of clown scares and the presidential election; it was the year I graduated from my public high school and went to college. While I was academically studying community health and colonialism alongside all the fascist political upheaval, racial inequities, and social struggle I found myself questioning, rejecting, discovering, and reclaiming gender and gender expression. Topically enough, part of that journey included finding kinship and overlap with the expression and fanciful nature of clownery. I discovered that I truly love and identify with the word “genderclown,” an identity and term used by some in the trans/non-binary community that allows us to interpret and identify with the playful, messy, and sometimes sinister nature of gender. I love the primary colors and gaudy editorial makeup, as well as the unsettling feeling of something spooky and unknown, of feeling a closeness with a form of self-expression that others reject. In other words, I became acutely aware of not only how gender is a performance (shoutout to Judith Butler), but also that whenever I expressed my love for the goofy as avant-garde, cis people tended to be confused and put off.

I ultimately began to piece together similarities I saw between my direct experiences with transphobia and the bizarre public bursts of coulrophobia (the fear of clowns). The thing is, both trans identities and clowns transcend norms of expression and performance set in binaried thinking. Just as being trans and/or non-binary challenges the way systems of power alienate our bodies and spirits through the gender binary, clowns, mimes, puppets, and marionettes too tend to challenge what normative (usually White, suburban, nuclear family) modes of dress, makeup, and social behavior are. More simply, nonconforming gender expression and clownery both provide commentary — and sometimes even mockery — of transphobic and capitalist oppression.

If the world is a stage, then trans-ness and clownery both push back against the confinement of community to a single performance venue. People only want to see us and challenge their thinking within the confines of specific environments, like gender equity trainings or circuses. Once we “escape” and turn up in real life, everyone is terrified. The narrative of “it’s fine that ‘they’ exist, I just don’t want to see them, it’s not my lifestyle” becomes popularized, and trans people are kicked out of bathrooms. The stereotype of both trans people and clowns stealing children and assaulting them is one of many bizarre overlaps in my opinion.

Transphobia and coulrophobia both center around fear of an ostracized, genderfluid other — trans people and clowns are seen as lesser than “normal” people as we’re objectified and made into caricatures. This truth is made all the more salient for Black, Indigenous, people of color (BIPOC), as we then experience a hyper-focused policing of our bodies and names. Also worth mentioning is the historic overlap between the creation of a clown “identity” and the clown performance profession with racist minstrel shows in the United States. Much of how clowns are now portrayed — big feet, big noses, afros, large lips — can be traced back to racist caricatures of Black people. Black clowns and Black trans people have spoken out on the subject.

Yet, within the trans and clown communities, experimentation is playful and allows for that expression of a dual-identity – the identity that society pushes onto you, and the identity you (re)claim for yourself. The aesthetic of clowncore — also called clownpunk — is also very queer, and largely created and supported by queer and trans creators. A source of my empowerment and love for clowns is also thus a reclaiming of cis fear. As trans rights are continually threatened and members of our community experience various nexuses of oppression, I do my best to keep a red-lipsticked smile to myself. When our communities reclaim fear and mockery, and turn it into commentary, beauty, and laughter, our gender expression and (Halloween) costumes become slightly deeper than just performances.

The strength of marginalized community is never to be underestimated, nor are our senses of humor. From political organizing to comedy, there is a wealth of history, positive social change, and laughter to be found as trans people — and clowns too — continue to simply exist and resist in the face of systemic over-policing, health inequities, and fear.

This October, and year round, consider turning further support to trauma-informed organizations and coalitions that do work for the queer and trans community. Organizations such as the Center for Hope and Healing in Lowell, the Boston Area Rape Crisis Center, Fenway Health Center, and Planned Parenthood all do their best to provide intersectional and accessible care to the community. The Community Health Training Institute itself is a resource to help support our coalitions across the state engaging in critical health equity work, and you can search our database of coalitions to get involved. And while we don’t yet have any organizations listed that are supporting clown health or clown rights, our database is always open.